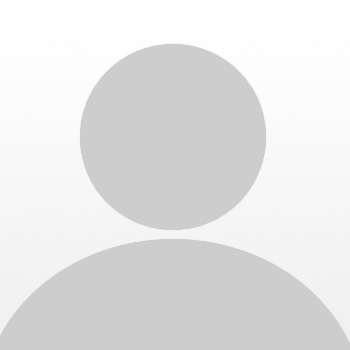 Hello! :3 I’m idea. I made the VRChat Moments channel in 2017 shortly after getting my first VR headset (which was the HTC Vive, btw!) and discovering the wonderful VR game that is called VRChat. I like everything that is cute, cheese, tomatoes, cake, and a certain adorable bunny girl that roams the VR plains sometimes <3 .

On my channel you can find videos (shocking, right? xD) about VR Chat - cute moments, funny moments; as well as tutorials for Unity and the game itself, as well as various tips and advice, and the occasional cinematic video or something like that, I like to experiment :3.

I’ve known about the existence of virtual reality since at least 2012 or 2013, at the time it looked interesting, but still very early. I didn’t think I’d be able to get a VR HMD anytime soon, so it just became one of the things that I hoped would become a widespread reality in the future.

A few years later I got to try an Oculus DK1 (Development Kit 1), something that I’ve wanted to try out for a long time. I barely remember the experience, but it seemed a little bit dizzying and “shocking”. It wasn’t great - the resolution and FOV were low, there wasn’t much to do: I could just observe what was happening (it was a rollercoaster demo).

Later on I got to try a Playstation VR demo which was about you driving a car and shooting out of a gun, that was fun and intense. There were people watching me play it and being the naturally shy person that I am it was terrible - there wasn’t anybody when I started and it seems like I caught their attention which made them come and give it a try too.

Finally, in 2017 I got the HTC Vive. What an experience! There were so many fun games to play, I was often feeling dizzy and about to throw up - while I never ended up throwing up, sometimes I had to lay down for a long time to give my body a break. Luckily, my body eventually caught up and learned not to try to empty my insides from walking a few steps in VR.

Eventually, I discovered VRChat. Back in the old days it was completely different than it is at the time of me writing this, and even more different at the time of you reading this. There weren’t many people, you’d see the same people all the time - the community was small and everybody more or less knew each other. There would be just a single active server with 10 people or so and that would be considered busy.

I started a YouTube channel to record the funny moments that were happening on the server. It was a lot of fun to catch these, as it was still early and activity was low, such moments were rare. People made funny and cute avatars, some of which were very detailed, especially considering it was just the beginning of VRChat and people were still learning about making or importing models for the game.

I got to witness many moments, funny and cute, as well as attend events in VR. I slept in VR a few times (that hurt and was uncomfortable! :S)